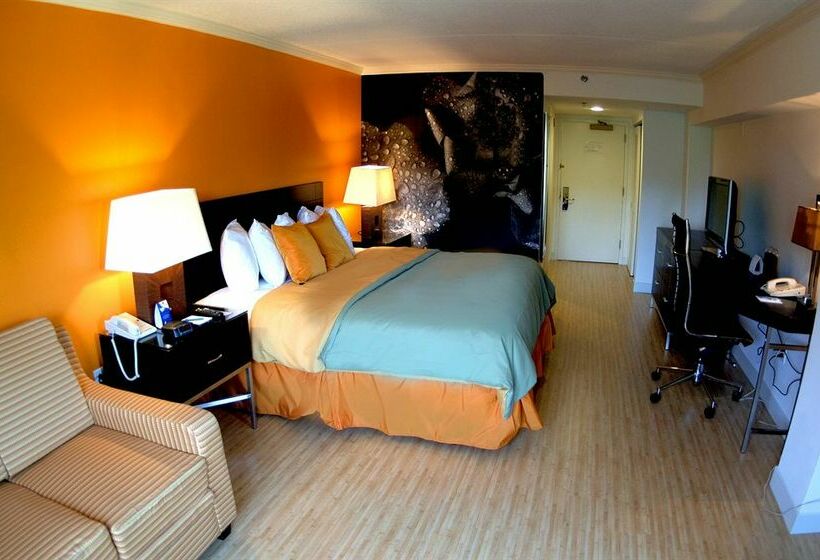 With a stay at Hotel Indigo Basking Ridge in Basking Ridge (Liberty Corner), you'll be close to United States Golf Association Museum and Leonard J. Buck Garden. This hotel is within the vicinity of Farmstead Arts Center and Sri Venkateswara Temple. Take advantage of recreation opportunities such as a fitness center, or other amenities including complimentary wireless Internet access and gift shops/newsstands. Additional features include a fireplace in the lobby and complimentary use of a nearby fitness facility. Guests can catch a ride to nearby destinations on the complimentary area shuttle. Featured amenities include complimentary high-speed (wired) Internet access, a business center, and express check-out. Event facilities at this hotel consist of conference space and meeting rooms. Make yourself at home in one of the 112 air-conditioned guestrooms. Wired and wireless Internet access is complimentary, while video-game consoles and cable programming provide entertainment. Private bathrooms with shower/tub combinations feature complimentary toiletries and hair dryers. Conveniences include desks and complimentary newspapers, as well as phones with free local calls.