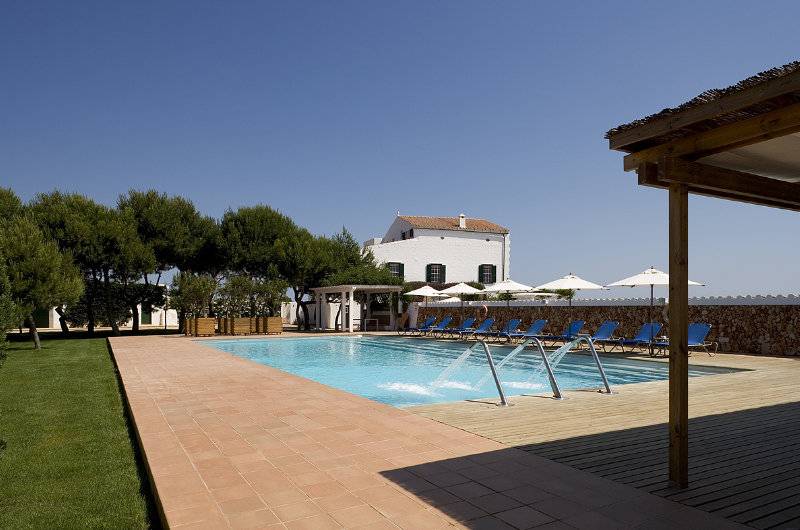 Charming agro-touristic hotel in Menorca. Inaugurated in 2004, Sant Joan de Binisssaida is a charming rural hotel located in a stately house of the 18th century on the Minorca Island, very close to the entrance into the Mahon Harbour. This is a rural hotel which offers a combination of ecology and contentment and a long living tourism. The rural hotel is placed inside of two buildings: the main house and the old barn. In the first one there are six rooms, the gastronomic restaurant and two lounges with chimney. The rest of the rooms are placed into the second one. All the rooms of our hotel are designed in the specific style of Minorca, named after important authors of classic music, being equipped with the necessary comfort. Moreover, you can have a magnificent bath in its pool, or visit the animals of this wonderful region. In the restaurant Sant Joan de Binissaida, its chief amazes us each day with new and tasty proposal made of fresh products, by combining traditional recipes of Minorca with the last tendencies of smells, flavours and colours.