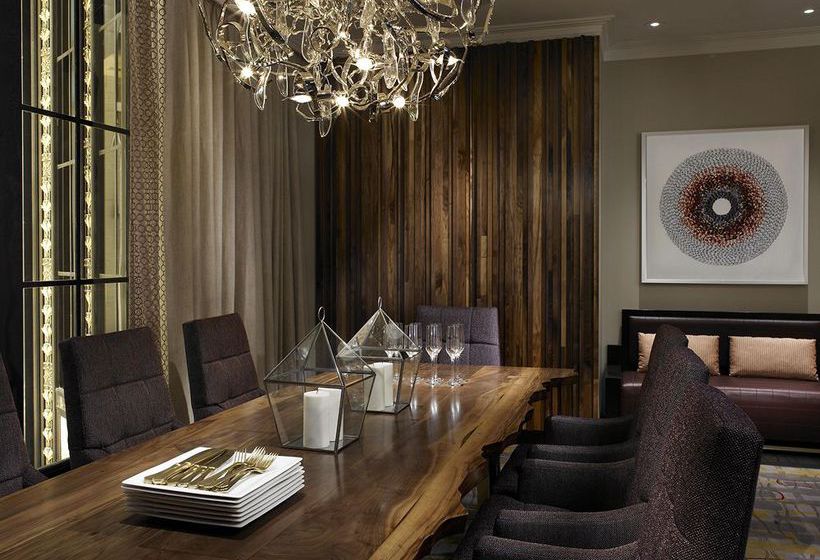 With a stay at Palomar Philadelphia, a Kimpton Hotel, you'll be centrally located in Philadelphia, steps from Art Institute of Philadelphia and minutes from Rittenhouse Square. This 4. 5-star hotel is close to Liberty Bell Center and Independence Hall. Relax and unwind with massages and body treatments. This Art Deco hotel also features complimentary wireless Internet access, wedding services, and a fireplace in the lobby. Featured amenities include complimentary high-speed (wired) Internet access, a 24-hour business center, and complimentary newspapers in the lobby. Planning an event in Philadelphia? This hotel has 4500 square feet (418 square meters) of space consisting of conference space and meeting rooms. Make yourself at home in one of the 230 air-conditioned rooms featuring iPod docking stations and minibars. 37-inch LCD televisions with cable programming provide entertainment, while complimentary wireless Internet access keeps you connected. Bathrooms have designer toiletries and hair dryers. Conveniences include laptop-compatible safes and desks, and housekeeping is provided daily.