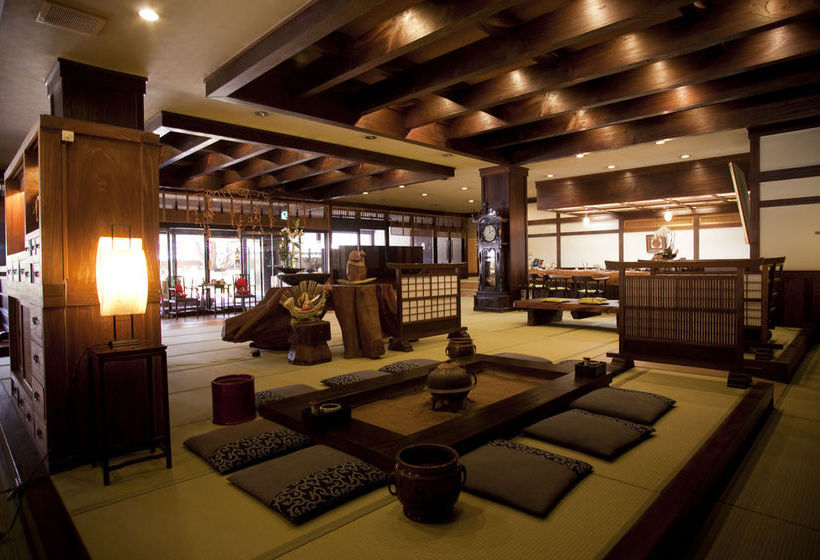 With a stay at Hidatei Hanaougi in Takayama, you'll be convenient to Takayama Yatai Kaikan and Sakurayama-Jinja. This 4-star ryokan is within close proximity of Kusakabe Mingei-kan and Miyagawa Morning Market. Enjoy recreational amenities such as hot springs and a nightclub. Additional amenities include complimentary wireless Internet access, shopping on site, and a fireplace in the lobby. Featured amenities include complimentary high-speed (wired) Internet access, complimentary newspapers in the lobby, and multilingual staff. A train station pick-up service is provided at no charge, and free self parking is available onsite. Make yourself at home in one of the air-conditioned rooms featuring refrigerators and flat-screen televisions. Complimentary wired and wireless Internet access is available. Private bathrooms with separate bathtubs and showers feature jetted bathtubs and complimentary toiletries. Conveniences include phones, as well as coffee/tea makers and a turndown service.