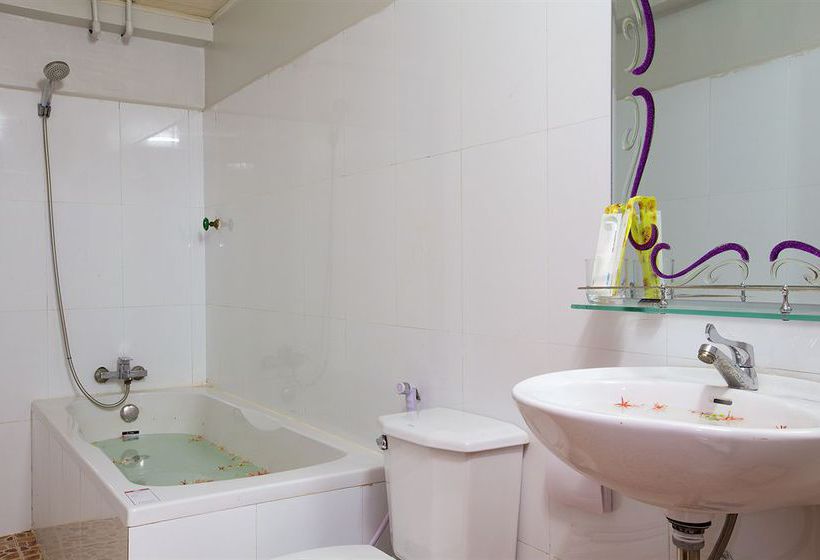 With a stay at Damnak Riverside in Siem Reap, you'll be minutes from Wat Damnak and Siem Reap Art Center. This guesthouse is within close proximity of Psar Chaa Market and Siem Reap Crocodile Farm. Enjoy recreational amenities such as an outdoor pool and bicycles to rent. Additional amenities include complimentary wireless Internet access, concierge services, and a television in the lobby. Featured amenities include a business center, a computer station, and express check-in. A shuttle from the airport to the hotel is complimentary (available on request). Make yourself at home in one of the 22 air-conditioned rooms featuring refrigerators and plasma televisions. Complimentary wireless Internet access keeps you connected, and cable programming is available for your entertainment. Private bathrooms have complimentary toiletries and slippers. Conveniences include phones, as well as desks and minibars.