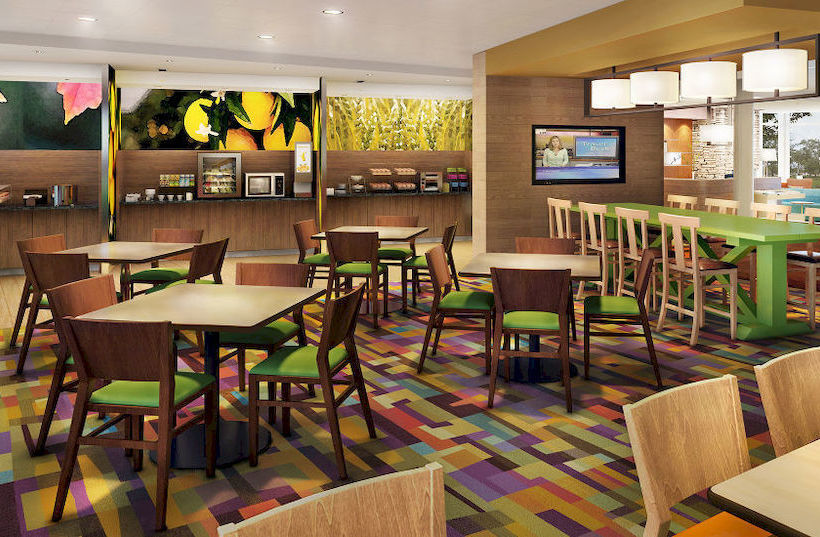 With a stay at Fairfield Inn & Suites Calgary Downtown, you'll be centrally located in Calgary, minutes from Central Memorial Park and Calgary Tower. This hotel is within close proximity of Vertigo Theatre and Lunchbox Theatre. Enjoy the recreation opportunities such as a fitness center or make use of other amenities including complimentary wireless Internet access. Featured amenities include complimentary high-speed (wired) Internet access, a 24-hour business center, and complimentary newspapers in the lobby. Make yourself at home in one of the 124 air-conditioned rooms featuring refrigerators and microwaves. Wired and wireless Internet access is complimentary, while 32-inch LCD televisions with satellite programming provide entertainment. Bathrooms have showers and hair dryers. Conveniences include desks and complimentary newspapers, as well as phones with free local calls.