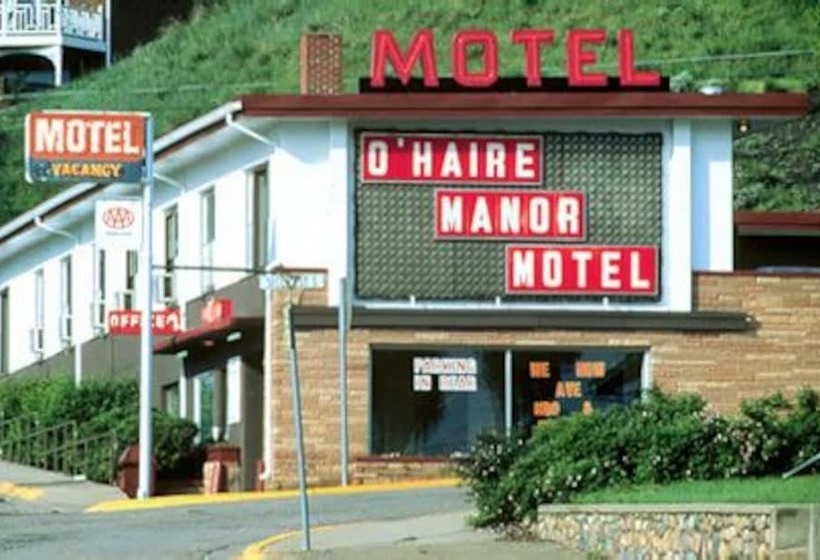 When you stay at O'Haire Manor Motel and Apartments in Shelby, you'll be minutes from Lincoln Park. This motel is within the vicinity of Marias Valley Golf Course and Williamson Park. Enjoy recreational amenities such as a spa tub and a fitness center. Additional features include complimentary wireless Internet access and a television in the lobby. Featured amenities include complimentary newspapers in the lobby, a 24-hour front desk, and laundry facilities. A roundtrip airport shuttle is provided at no charge. Make yourself at home in one of the 37 air-conditioned guestrooms. Cable television is provided for your entertainment. Conveniences include phones, and irons/ironing boards can be requested.